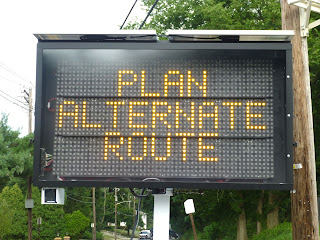 Question: The book of Numbers (23:19) seems to indicate that God never repents. Yet other passages give examples of God repenting. Does God repent?

In apparent contrast to the verse above, there are several examples where God is presented as repenting:
Ex. 32:14  And the LORD repented of the evil which he thought to do unto his people.

This apparent contradiction is primarily one of proper translation from the Hebrew word nacham into English. Nacham means “comfort,” “console,” or “relent,”[i] depending on the context. Nacham is used in both Numbers 23 and Exodus 32. In Ex. 32:14 the translation should read: “Then the Lord relented and did not bring on his people the disaster he had threatened.” In fact, of the thirty-eight times nacham is used in the Bible, only twice could it be used to mean “repent,” and those two occasions refer to people repenting, not God.

In Numbers 23:19 nacham should likewise be translated “relent” (meaning, “change”) rather than “repent.” The passage compares God against man: that God does not lie and He is not fickle. When He says He will do something, He does it.
1Sam. 15:29  “He who is the Glory of Israel does not lie or change his mind; for he is not a human being, that he should change his mind.”

Even so, Exodus 32:14 states that God did indeed “relent”—He changed His punishment against the Hebrews for building the golden calf in the Wilderness. Yet He did so without violating His own character, for God Himself has repeatedly stated three conditions where He will change His attitude and actions toward people: (1) when people repent (Jer. 18:3-11); (2) when someone intercedes on behalf of others (Amos 7:1-6); and (3) out of His own compassion (Dt. 32:36).

“Repent,” as it’s used today, carries with it emotional and spiritual overtones. In the 1600’s language of the KJV Bible, the word could be used as a synonym for “relent,” and the average reader would understand without difficulty. Because language changes, modern translations often use “relent” instead of “repent” in these and similar passages.

There is no contradiction. When God “relents,” He chooses a pre-planned alternate route to fulfill His promises, in keeping with His character:
Ps. 106:45  …for their sake he remembered his covenant and out of his great love he relented.