Is There Water In Space? 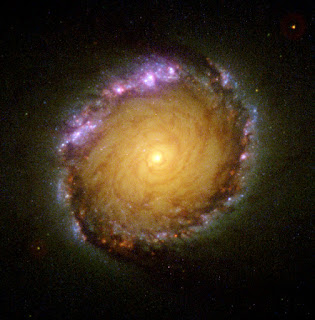 Question: Genesis 1:6 seems to indicate that there is a body of water in space, if it is taken literally. Hasn’t this watery canopy over the earth been disproved, demonstrating Genesis should not be understood literally?

Here’s the passage in question:
Gen. 1:6-8 And God said, “Let there be a vault between the waters to separate water from water.” So God made the vault and separated the water under the vault from the water above it. And it was so. God called the vault “sky.” And there was evening, and there was morning—the second day. (NIV 2011)

Actually, the concept presented in Genesis 1:6 is far more exotic and intriguing than a water canopy surrounding the earth. Taken literally, combined with the further information provided in Genesis 1:7-8, 14-18, here is a more accurate description of the universe at its birth from a biblical perspective.

Day one saw the beginning of time: “In the beginning…” (1:1). Next, the basic matter of the universe came into existence as a shapeless blob of water containing the elemental ingredients of “the heavens and the earth.” Then God began agitating this newly created material—a process described in verse two as “the Spirit ”— (Hebrew: ruach, which also translates as “breath,” or “wind,” depending on the context) —“hovering” — (Hebrew: rachaph, which also indicates “shaking,” or “agitating,” depending on the context) — “over the surface of the deep”  (1:2). The “deep” was a common Hebrew term for a large body of water. Completing day one of creation, God also provided light, independent of a physical source (1:3-4). So the blob of water and elements were agitated into a rotation equivalent to that of the current earth spinning on its axis, providing a dayside and nightside—“the first day” (5).

Genesis 1:6-8 picks up this account on day two with what appears to be an explosive separation of the watery mass into two parts. One portion of this mass is propelled outward from the other, creating a massive “vault” (or “expanse”) between them. This vast expanse is usually translated as “sky” or as “the heavens,” but verses 14-18 make it abundantly clear that the entire expanse we loosely describe as “space” is what Genesis has in view.

The time frame involved in stretching the vastness of space relative to earth seems to be no more than forty-eight hours (days two and three of creation). Populating this expanse with stars, solar systems and galaxies was virtually instantaneous, "set" in place from the region of earth within the twenty-four hour  period (far beyond the speed of light) of day four (1:14-18).

Some fascinating facts emerge from this. First, the most fundamental building block of life (chemically speaking) that is found on earth—water—should also be discoverable throughout the universe. It should come as no surprise to find indications of water on comets, asteroids and planets. Second, while we do not know how much water was ejected outward on day two of creation, we do know that the universe has an outer limit. And even if space is still expanding, water will be at its outer boundary like the thinning skin of an expanding balloon.

Scientists frequently express shock and surprise when elements common to the earth, including water, are discovered on the moon, Mars, asteroids or distant planets.
2Pet. 3:5-6a But they deliberately forget that long ago by God’s word the heavens came into being and the earth was formed out of water and by water.

What is “forgotten” is that Genesis is God’s revelation to humanity as to how and, more importantly, why He brought the universe and mankind into existence. That’s why…


Heb. 1:2 …in these last days he has spoken to us by his Son, whom he appointed heir of all things, and through whom also he made the universe.
Posted by Pastor Coleman at 6:27 AM No comments:

Does God Ever Bring Temptation? 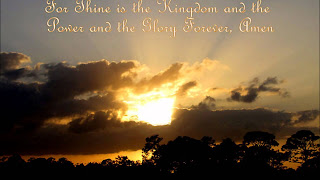 Question: Why are we are instructed to pray: “lead us not into temptation”? Does God ever lead people into temptation so that we need to ask Him not to?

“Lead us not into temptation” is part of the Lord’s Prayer, found in Matthew 6:13 and Luke 11:4 (a shorter version). The answer to the question is found both in the word translated “temptation” and in the remainder of the sentence in Matthew 6:13—“but deliver us from evil.”

The word peirasmos in the Greek New Testament translated into English as “temptation” actually means “testing,” or “trial”—in the sense of difficult circumstances.[i] This unfortunate error in translation shows up in the earliest English translations of the Bible, and seems to be perpetuated now mostly because of its familiarity. This is a classic example of the truth that God’s Word is inerrant; translators and translations are not.

Nevertheless, the practice of sound biblical interpretation makes Jesus’ meaning clear even where the translation muddies the waters a bit. We know from the clear teaching of Scripture as a whole that God never tempts anyone to sin:
James 1:13-14 When tempted, no one should say, “God is tempting me.” For God cannot be tempted by evil, nor does he tempt anyone; but each person is tempted when they are dragged away by their own evil desire and enticed.

James uses the same word translated “tempted” as Jesus does in the Lord’s Prayer. James, however, qualifies the word to indicate trials arising from one’s own “evil desires.”

From beginning to end, the Lord’s Prayer is a brief and practical guideline on how to pray effectively. “Lead us not into testing” recognizes on the one hand that life is full of difficult circumstances that God will use to test our spiritual development:
1Cor. 10:13 No temptation [trial / testing] has overtaken you except what is common to mankind. And God is faithful; he will not let you be tempted [tried / tested] beyond what you can bear. But when you are tempted [tried / tested], he will also provide a way out so that you can endure it.

On the other hand, while such trials in life are to be accepted when they come with a joy in knowing that God will strengthen us through them (James 1:2), we do not need to seek them out. Asking God, “lead me not into temptation [testing]” is tantamount to praying, “Lord, please teach me what You want me to learn through some other means, if possible.”

The remainder of the sentence in Matthew 6:13—“but deliver us from evil”—likewise recognizes that evil surrounds us and is often thrust upon us. Praying for God’s deliverance at such times is not only acceptable; it is God’s will!
Eph. 6:16 In addition to all this, take up the shield of faith, with which you can extinguish all the flaming arrows of the evil one.


[i] “The word peirasmos (“temptation”) and its cognate noun rarely if ever before the NT mean “temptation” in the sense of “enticement to sin” (whether from inward lust or outward circumstances) but rather “testing” (cf. also on 4:1-12).” —Comment on Matthew 6:13: EBC, In Loc.
Posted by Pastor Coleman at 5:00 AM No comments: