What Is The Abyss? 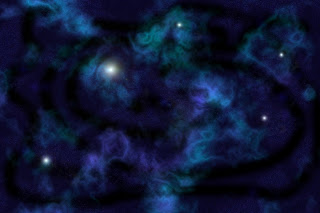 Question: What is the Abyss in Scripture, and is it occupied now?

The use of “Abyss” in the New Testament, however, paints a very specific image of what God intends for us to understand when we come across this term. In its most general sense the “Abyss” refers to the spiritual realm of the dead who are awaiting Judgment:
Rom. 10:7 “Who will descend into the deep [lit. “abyss”]?” (that is, to bring Christ up from the dead).

Outside of Romans, however, the “Abyss” in the New Testament refers consistently to the place for imprisoned fallen angels.

The Abyss is a specific, confined place whose locked entrance is accessed from earth:
Rev. 9:1a The fifth angel sounded his trumpet, and I saw a star that had fallen from the sky to the earth. The star was given the key to the shaft of the Abyss.

This same passage reveals that at some future time a fallen angel will be granted permission by God to release those spirits currently confined there. According to Revelation 9:11, these imprisoned beings are fallen angels who look to Satan, called here “the Destroyer,” as their king.
Rev. 9:11 They had as king over them the angel of the Abyss, whose name in Hebrew is Abaddon and in Greek is Apollyon (that is, Destroyer).

As Luke 8:31 indicates, only certain demons are currently confined in this prison, and those who are not there do not want to be there:
Luke 8:31 And they begged Jesus repeatedly not to order them to go into the Abyss.

Therefore, according to Luke 8:31, demonic spirits are very aware of the existence of the Abyss, they are aware that some of their companions are already imprisoned there, and they know that Jesus has authority over who goes in or comes out.

We also learn from the book of Revelation that when Satan (“the Destroyer,” Rev. 9:11) is allowed to “unlock” the Abyss during the Great Tribulation, the released demonic spirits empower “the Beast”—the political / idolatrous confederation of nations led by the Antichrist. Their rage will be directed against all who are loyal to Jesus and who defy the Antichrist:
Rev. 11:7 Now when they have finished their testimony, the beast that comes up from the Abyss will attack them, and overpower and kill them (see also verse 8).

At Christ’s Return, Satan and all the demonic spirits will be imprisoned in the Abyss throughout the duration of the Millennial Kingdom “…until the thousand years were ended. After that, he must be set free for a short time” (Rev. 20:3b).

The Abyss, then, usually refers to a prison in the spiritual realm of Hades / Sheol for fallen angels awaiting final Judgment. God, in His justice and love, will not allow evil to run rampant forever!
Posted by Pastor Coleman at 9:47 AM