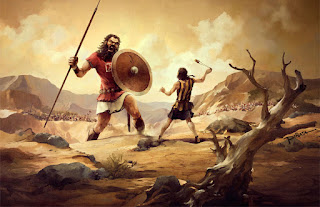 Question: The Bible mentions the existence of giants, especially in Old Testament times. Did they really exist and, if so, are they now extinct?

The word “giant” in reference to humans is found 20X in the Old Testament (KJV). In fact, two Hebrew words are used in Scripture of the giants who existed in early human history.

The first term for “giants” is Nephilim:
Gen. 6:4  The Nephilim were on the earth in those days—and also afterward—when the sons of God went to the daughters of humans and had children by them. They were the heroes of old, men of renown (NIV).

The root of the word nephilim (“naphal”—pronounced naw-fal) means: “fall.” It is used only three times, referring to the origins of the now extinct race of giants. Genesis 6:4 explains that these giants were the offspring of “the sons of God”—fallen angels—who took on human form and impregnated human women in the Pre-Flood world, approximately 2300 B.C.

The Nephilim born from these unions were not a one-time phenomenon, but “also afterward”—meaning, generations that followed. This is confirmed almost a thousand years later by the twelve spies sent by Moses into the Promised Land (1490 B.C.):
Numb. 13:33  “We saw the Nephilim there (the descendants of Anak come from the Nephilim). We seemed like grasshoppers in our own eyes, and we looked the same to them.”

This fascinating verse gives us insight into one branch of the family tree of the Nephilim: the descendants of Anak. The Anakites dwelt in large, heavily fortified cities in the region of Hebron in Judah (Numb. 13:22, 28; Josh. 15:13; 21:11; Judg. 1:20).

Elsewhere, the Old Testament uses the word “rafah” of giants. The word simply means “giants,” and the name was carried over to another branch of this mutation in the human family tree—the Rephaites:
Dt. 2:11  Like the Anakites, they too were considered Rephaites, but the Moabites called them Emites.

These giants were of immense size:
Dt. 3:11  Og king of Bashan was the last of the Rephaites. His bed was decorated with (or, “made of”) iron and was more than nine cubits long and four cubits wide (“that is, about 14 feet long and 6 feet wide or about 4 meters long and 1.8 meters wide” —Expositor’s Bible Commentary, in loc. Notes). It is still in Rabbah of the Ammonites.

Deformities may not have been unusual:
2Sam. 21:20  In still another battle, which took place at Gath, there was a huge man with six fingers on each hand and six toes on each foot—twenty-four in all. He also was descended from Rapha.

These “heroes of old, men of renown,” (Gen. 6:4) were likely the source of humanity’s fascination with supernatural superheroes and super-villains. But the giants of history were sad human deformities brought about by rebellious angels, now imprisoned for their wickedness (2Pet, 2:4; 1Pet 3:19-20). Once, giants terrorized mankind. But their judgment is certain and eternal (Rev. 20:11-15), for they and their demonic progenitors have been defeated by the crucified and risen Lamb of God:
Rev. 5:9 And they sang a new song, saying:
“You are worthy to take the scroll and to open its seals,
because you were slain, and with your blood
you purchased for God
persons from every tribe and language
and people and nation.

Posted by Pastor Coleman at 11:52 AM No comments:

Was Jesus The First To Rise From The Dead? 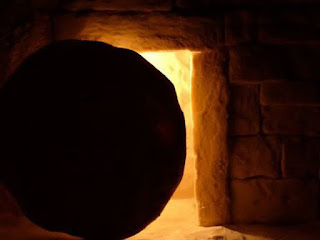 Question: Why do some New Testament passages say Jesus was the first to rise from the dead when the Bible contains several accounts of others who were raised from the dead?

The apostle Paul explains in Acts how Jesus’ crucifixion and resurrection fulfilled Old Testament prophecies:
Acts 26:23 “…that the Messiah would suffer and, as the first to rise from the dead, would bring the message of light to his own people and to the Gentiles.”

Paul was not ignorant of such miracles as Elijah and his protégé Elisha raising a child from death back to life (1 Kings 17:22; 2 Kings 4:32-35). And he would have known how Jesus raised people from death to life, such as the raising of Lazarus, who had been entombed for three days (Jn. 11:38-45).

Why then does the New Testament refer to Jesus as “the firstborn from the dead” (Rev. 1:5)?

The answer lies in the uniqueness of Jesus’ resurrection.

Those raised from the dead in the Bible eventually died again. In that respect the Bible revealed ages ago what medical science would later confirm—reviving a person who has died is indeed possible. Beyond that, these miracles also foreshadowed Jesus’ resurrection, which would open the door for humanity to pass from death to eternal life, from mortality to immortality.

This seeming impossibility is made possible by one significant fact: death was not part of God’s original design in creation, but exists as the direct result of Adam and Eve intentionally breaking away from God’s design. That rebellious act fractured a universe once free of death and decay and launched the entire created order into an inescapable whirlpool of destruction. Imagine the entire universe existing in a state of perfect peace, like water in a bathtub—and someone opens the drain! At that moment, all the known “laws” of the physical universe would seem to be dramatically altered as the universe heads inexorably down the drain.

The Bible calls Adam and Eve’s destructive act “sin.”
Rom. 5:12  Therefore, just as sin entered the world through one man, and death through sin, and in this way death came to all people, because all sinned…

To rectify this, God entered His creation as a human (Jesus), to ‘plug the hole’ with the sacrifice His own life and ‘refill the tub’ back to a place of order and peace. Because Jesus was sinless, death had no lasting power over Him:
Rom. 6:9-10 For we know that since Christ was raised from the dead, he cannot die again; death no longer has mastery over him. The death he died, he died to sin once for all; but the life he lives, he lives to God.

Jesus’ entrance into the world was like the plug in God’s hand, plunging down through the swirling water of sin, destruction and death to stop up the drain. Believers in Jesus latch onto Him to escape being flushed into the septic tank the Bible calls hell. By latching onto Jesus we also latch onto the eternal life He has come to restore:


1Cor. 15:21  For since death came through a man, the resurrection of the dead comes also through a man.
Posted by Pastor Coleman at 6:30 AM No comments: